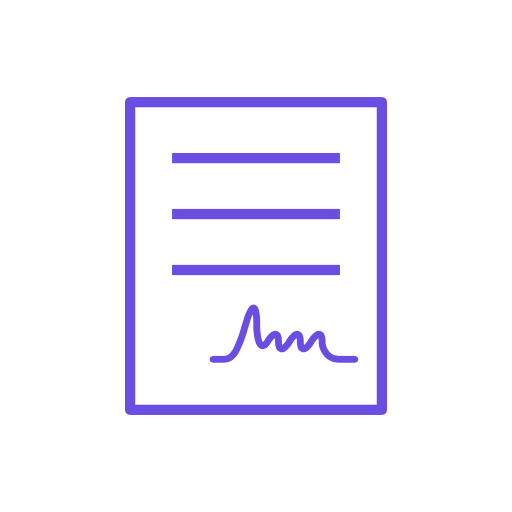 The following Anti-Corruption and Bribery Policy (“Policy”) was adopted by the partners and directors of OpenGravity Inc. effective January 1, 2020.

OpenGravity Inc., its subsidiaries and its affiliates (collectively, the “Company”) value honesty, integrity, transparency and professionalism in dealings with clients, suppliers, competitors and government officials alike. It is the policy of the Company to compete fairly and engage in business practices that comply with the Corruption of Foreign Public Officials Act (“CFPOA”) and the Criminal Code (“Criminal Code”) in Canada, the Foreign Corrupt Practices Act of 1977, as amended (“FCPA”) in the United States, and the Anti-Bribery Act, 2010  in the United Kingdom, together with all other anti-corruption and anti-bribery laws and regulations applicable to the Company’s business anywhere in the world (“Anti-Corruption Laws”).

In addition, the Company expects its agents, consultants, representatives, lobbyists, suppliers, vendors, contractors, advisors, business partners and any other person that performs services for or on behalf of the Company (each, an “Intermediary”) to comply with the principles contained in this Policy.

The Company has zero tolerance for corrupt activities of any kind. Bribes or other improper or unauthorized payments, or acts that create the appearance of promising, offering, giving or authorizing such payments, are prohibited by this Policy.  Company Personnel are expected to adhere to both the spirit and the letter of this Policy with respect to the Company’s business anywhere in the world.

Failure to comply with this Policy or Anti-Corruption Laws will be grounds for disciplinary action up to and including termination of employment or other relationship with the Company, may require restitution and may lead to civil or criminal action against individual Company Personnel. If Company Personnel are in or aware of a situation that they believe may violate or lead to a violation of this Policy, they must ask for guidance from their manager or other personnel in a superior position or follow the guidelines described under “Compliance Procedures” in the Company Code of Business Conduct and Ethics or in the Whistleblower Policy.

The following definitions are to serve as a guide for some of the words or phrases that could otherwise be left up to interpretation.

“Bribe” includes payments to a Public Official or other persons for an “improper purpose”, which could include:

in order to secure, gain or retain regulatory approvals, contracts, business advantages or other benefits.  This includes payments, entertainment or other gifts or courtesies.
“Corruption” means the misuse of power to influence an outcome or to encourage a form of behavior which may not have occurred otherwise.
“Entertainment” (including, but not limited to, beverages, recreation, lodging, transportation and tickets) is an event with a specific business purpose.
“Facilitation payments”, which are sometimes referred to as “grease” or “speed” payments, include any payment to a Public Official in his or her personal capacity to secure or expedite routine governmental action, for example, to expedite customs clearances; to obtain permits, licenses, or other official documents to qualify a person to do business in a foreign country; or to process routine governmental papers such as visas or work orders; for clarity, facilitation payments do not include the legitimate payment of official fees paid directly to a government or agency or enterprise of the government in accordance with established fee schedules or other official documents.
“Gift” means any item of monetary value.
“Government” includes any federal, provincial, national, state or local government together with any agency, instrumentality or other body thereof including hospitals or other health facilities, research institutions, utilities, public universities or sovereign wealth funds which are owned or operated by a government, and including regulatory agencies or government-controlled or affiliated businesses or corporations.
“Payment” refers to and includes any direct or indirect offers to pay, promises to pay, authorizations of or payments of anything of value including but not limited to, cash or cash equivalents, gifts, services, employment offers, loans, travel expenses, entertainment, political contributions, charitable donations, subsidies, per diem payments, sponsorships, honoraria or provision of any other asset, even if nominal in value.
“Public Official” means a person who holds a legislative, administrative or judicial position in Government; a person who performs public duties or functions for Government; an official or agent of a public international organization; or elected officials, candidates for public office, political parties, and officers, personnel, representatives and agents of political parties.

Company Personnel are prohibited from engaging in corrupt practices, including bribes, in the Company’s business dealings both in the private and government sectors and such conduct will often constitute a violation of one or more Anti-Corruption Laws.
Given the broad prohibitions under the CFPOA and the  FCPA and other Anti-Corruption Laws, Company Personnel must not directly or indirectly make, offer or promise to make, or authorize any bribes, kickbacks or other improper payments, benefits or advantages to any person, individual, entity or organization, including, but not limited to, any Public Official or any employee, official, representative or agency of any:

For any improper purpose, including for the purpose of influencing, inducing or rewarding any act, omission or decision to secure an improper advantage or to obtain or retain business.
This Policy also prohibits “quid pro quo” payments, meaning that the payment is made with the expectation of receiving in return an improper benefit or advantage.
A violation of this Policy can occur even if the bribe or other corrupt practice fails to achieve the purpose for which it was intended. Under this Policy (and under applicable Anti-Corruption Laws) the fact of an offer or promise of a bribe will typically be sufficient to constitute a violation, and this Policy applies whether or not Company funds are used to finance the improper payment or other benefit.
Company Personnel are also prohibited from soliciting or accepting any bribe, kickback or other improper payments or benefits from the Company’s vendors or other persons in relation to the Company’s business.
The areas where corruption, including bribery, can most often occur include:

It is the responsibility of Company Personnel to be aware of how these situations may violate or lead to a violation of this Policy and Anti-Corruption Laws. Please consult with your manager or other personnel in a superior position for further guidance.

Gifts and entertainment are commonly offered as gestures of gratitude or tokens of appreciation. The Company allows these tokens and gestures when they are reasonable, proportional, made in good faith and in compliance with the Company’s Code of Business Conduct and Ethics and this Policy.
Examples of gifts and entertainment include the receipt or offer of gifts, meals or items of limited value as well as invitations to events, functions or other social gatherings related to the Company’s business
.However, the CFPOA, FCPA and other Anti-Corruption Laws prohibit the provision or acceptance of money or things of value for corrupt or improper purposes.  Therefore, Company Personnel must ensure that any gifts or entertainment are of a value that is in proportion to the situation at hand and should be occasional to avoid being interpreted as an attempt to influence a decision or act. When offering or accepting a gift or forms of entertainment consider:

Facilitation payments are prohibited by this Policy and should not be made. Such payments will also typically breach Anti-Corruption Laws. If you are unclear on whether a payment may be a facilitation payment rather than a legitimate official fee, please consult your manager or other personnel in a superior position.

Political contributions, including but not limited to table purchases, using Company funds should not be made without authorization. Political contributions, as permitted by law, must be approved in advance by the appropriate stakeholders. Company Personnel must consult and comply with the Company’s policy on political donations and follow the appropriate processes prior to making any political contribution.
The Company believes in contributing to the communities in which it does business and permits donations to community projects, local and foreign charities and other recipients. Before making a contribution, the Company needs to be certain that donations to foreign-based charities and other recipients are not disguised illegal payments to foreign officials in violation of Anti-Corruption Laws. Company Personnel must follow the Company’s Guidelines for Charitable Donations before making any charitable donations on behalf of the Company.

The Potential for Corruption

Even if no bribe or other improper payment, benefit or gift is made directly, this Policy prohibits such bribes and other improper payments, benefits or gifts made indirectly through third parties or Intermediaries as these payments can still lead to a violation of Anti-Corruption Laws and to liability for both the individual Company Personnel and the Company itself.
This can occur if there is reason to believe that the person will engage in activity to obtain an improper benefit or otherwise to influence a Public Official or private organization by passing on all or a portion of such payment or gift. Therefore, Company Personnel should be on alert for indicia of potential violations, including the following:

In certain cases, both the individual and the Company can be liable under the CFPOA and FCPA and other Anti-Corruption Laws even if the Intermediary was not expressly authorized to make the bribe or other improper payment or gift or to take other corrupt action but does so anyway. This can occur if Company Personnel have actual knowledge or a firm belief that a person will engage in corruption or consciously disregards, deliberately ignores or is wilfully blind to the Intermediary’s correct or improper practices.

If any Company Personnel are approached by a Public Official, client or supplier representative, or any other person and is asked, directly or indirectly, to make a questionable payment or gift, the occurrence should be promptly and fully reported to a manager or other personnel in a superior position, who in turn shall report such occurrence to the General Counsel or Chief Financial Officer of the Company. Company Personnel may also report anonymously using the procedures outlined in the Company’s Whistleblower Policy.

OpenGravity is designing the future of work. Supported by a proprietary technology platform, we find the perfect match of skills and personalities to build the best teams and use predictive analytics to reduce risk and deliver better outcomes.